A small boat autonomously roaming the neckar day and night taking pictures of animals on the river. more Details in catbot.html

Imagine a canoe with 2 sails and 1 outrigger. 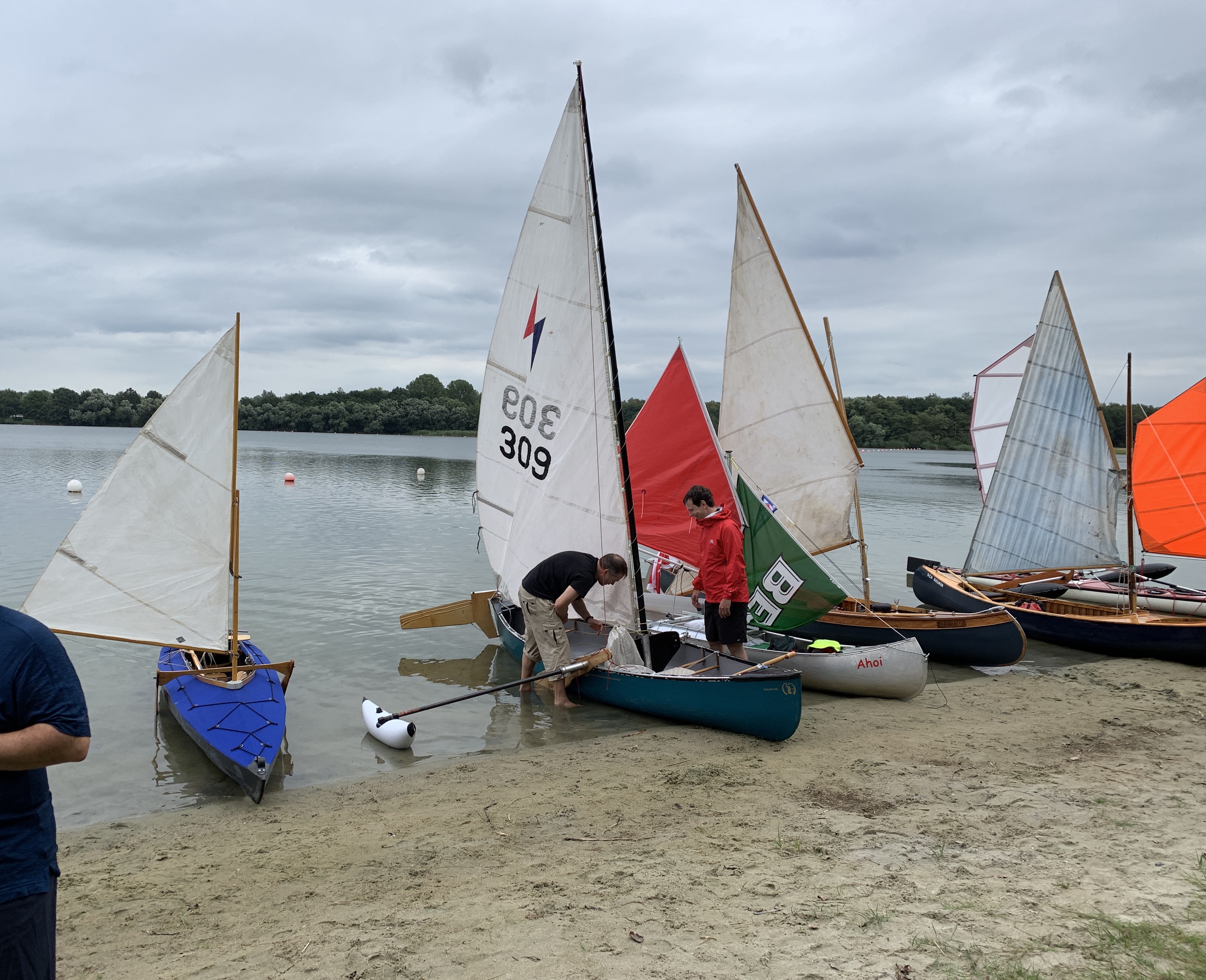 The final Video is from the recent competition in Bremen. Sail number is 309. I won a price for innovation due to 3D printed parts on different sections of the boat. The sail was new and the mast 2 - so with better trimming I might be also able to compete.

My biggest achievement was to be featured by the local TV station in a 1 minute video with this project:

This was my first Arduino project. The intention is to mirror the light from the sunny side of the valley to our side of the valley which falls into the shadow if the "Koenigsstuhl" in the afternoon. Yes, a town in italy and one in Norway have done this already with big mirrors. But it can be done with a 250 Euro Budget and some spare time.
more Details in spiegel.html

The building of an autonomous robot that roams farm/forest tracks in Germany
more Details in rover.html

The idea is to rethink human to machine interaction along the lines of machine species. Feedback to this project is very welcome as I'm not sure where this is going (book, research, patterns).
more Details in species.html

We have an open cooking and living space in our house. When the fireplace is used the flue gases normally escape via the chimney. When the range hood is used at the same time as the fireplace there is a danger of flue gases to enter the room and not escape via the chimney. This is because the range hood pulls the air out from the room and if the building is tightly sealed, there is no window open or not otherwise enough air available in the building then this pull will draw the air via the air supply channels of the fireplace and via its burning chamber which then result also in flue gases or smoke to get pulled into the room. Carbonmonoxide, that is not visible, has already led to deaths of families, that did not take care of enough ventilation when using the fireplace and the range hood in parrallel.

As we have generally a not so tightlighty sealed house from 1958 it is in our case sufficient, to leave the doors from the kitchen to the hall open but I did want to make this contingent on the fireplace actually beeing on. So I used an MQ-135 sensor hanging into the chimney in the attic attached to an ESP 8266 to provide a webpage in the home network, that would list the current smoke level. Another ESP 8266 (nodemcu) was then used to check a) the webpage of the other esp8266, if the smoke value is above a threshold (considered as "the fireplace is on") and b) with an HC-SR04 sensor, if the kitchen door is closed. If both are true it sounded an alarm with a piezo speaker until the kitchen door is opened.

At Work we have tables that can be lowered and raised to support work in a standing position. I modified the connection between the up and down button and the main control unit and put a circuit in between, that automatically raises the table 5 minutes before the end of every hour and lowers it again 5 minutes after the hour. This way I stand up more often and I do not miss going to meetings that usually start on the hour. I used for this an esp8266 to read the current time from ntp servers and a HC-SR04 ultrasonic distance sensor to a) control the distance to the floor when moving up or down and b) check that my feet are under the table to only move the table up when I'm at my desk (to not frighten people with a table that moves on its own).

Part of setting up an IoT Network for 108 square kilometers of Heidelberg. More details here: https://www.meetup.com/de-DE/Internet-of-Things-IoT-LoRaWan-Infrastruktur-4-RheinNeckar . This includes a project to showcase measuring traffic lights. I do know have a gateway running for 2 years up on my house to cover Ziegelhausen and Schlierbach. 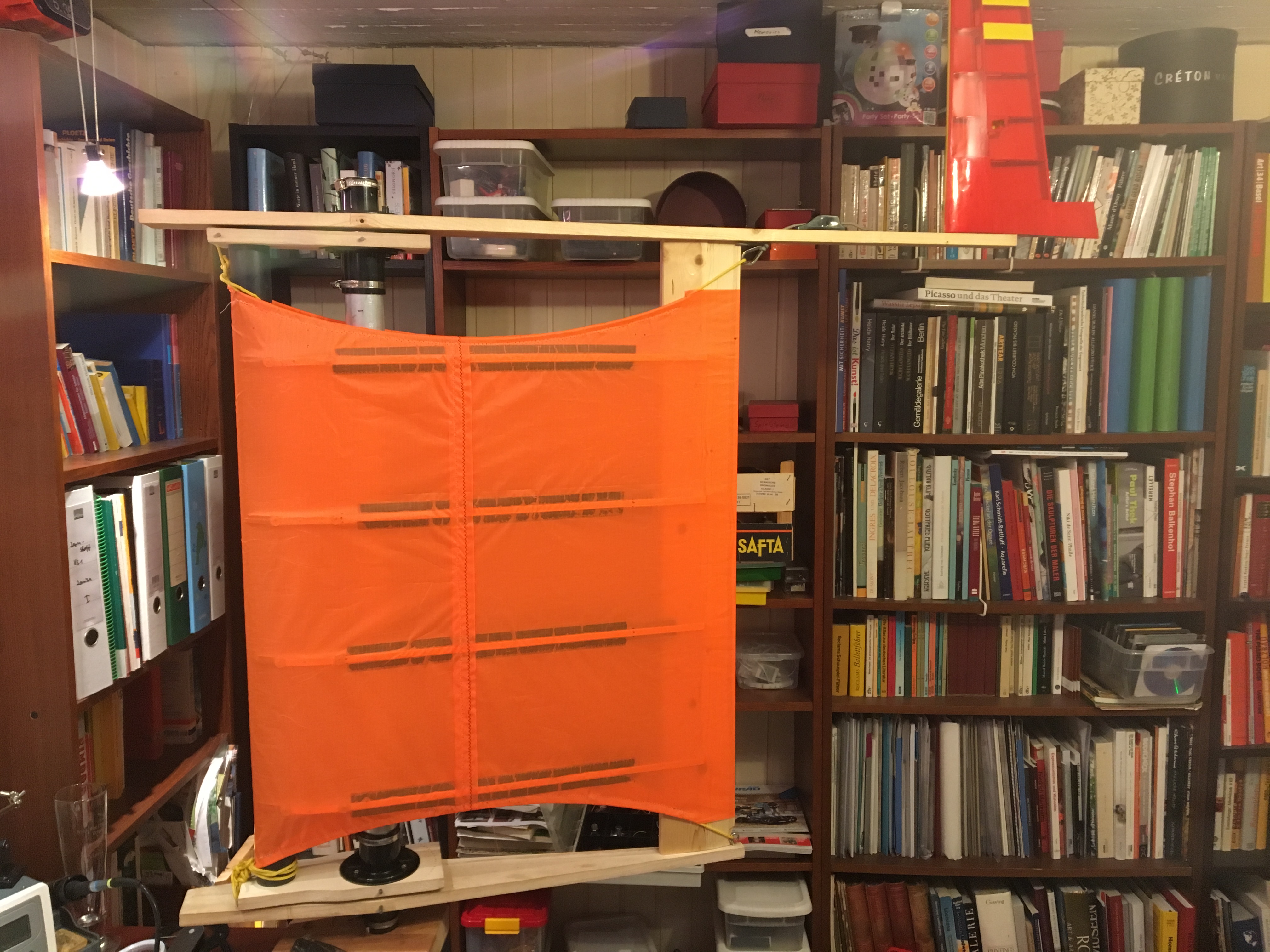 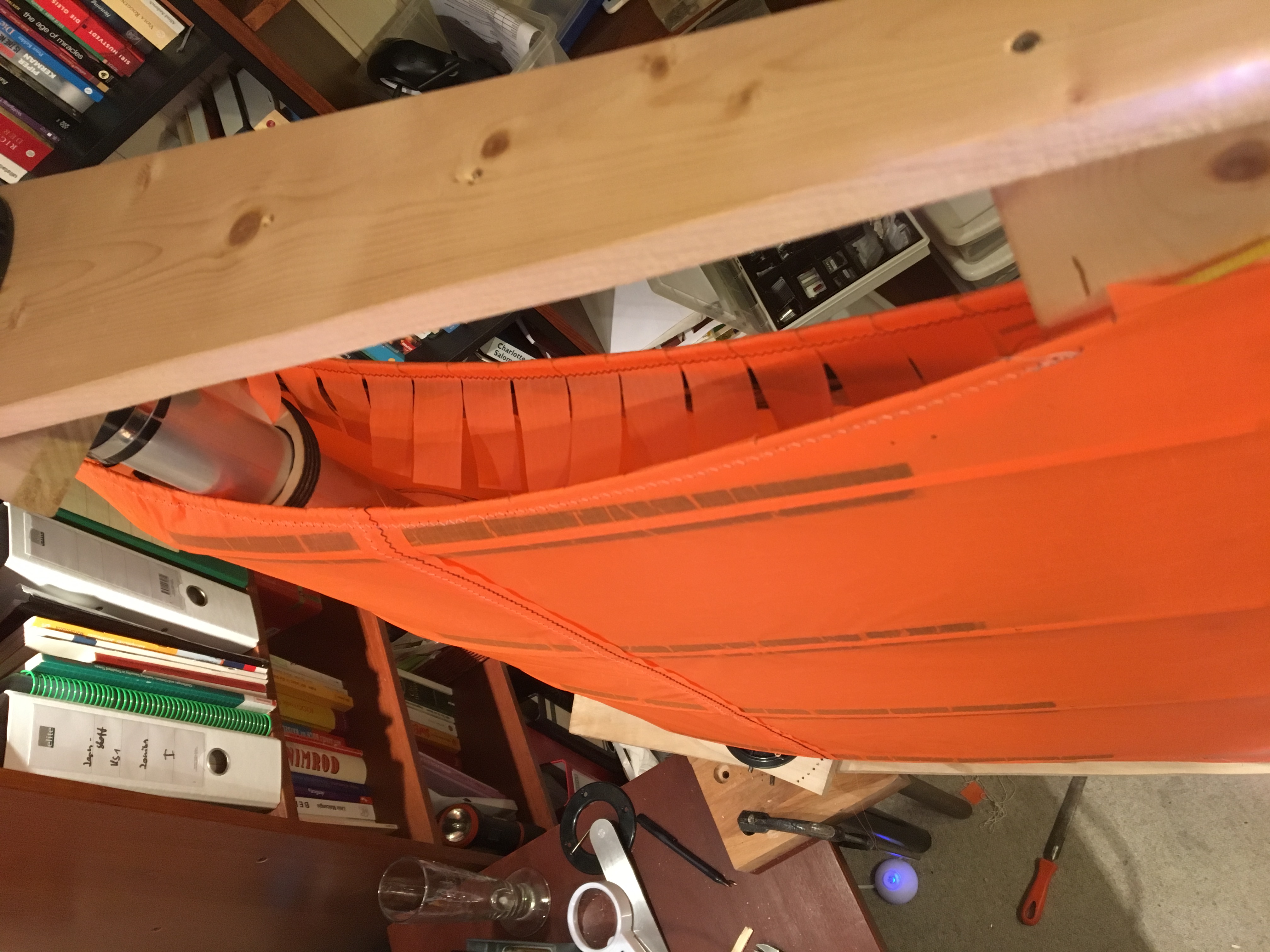 This is the first time i want to build something and sell 100 pieces of it at kickstarter. It's a device that projects the moon to the ceiling of a room that moves and changes its shape as time passes. Check here for updates on this project or subscribe to the newsletter to know when it will show up on kickstarter. You can also come to the Maker Faire in Berlin to booth 44 on October 1st and 2nd.

Pool behind my House. All the details on building it can be found here: http://www.poolpowershop-forum.de/bauberichte-pp-becken/7034-pp-polypropylen-rundpool-in-heidelberg-baubericht.html

Sampling audio from the printer port in 6800 Assembler. Playing audio with 3 channel music chip in 6800 Assembler. Graphical sampling and playback tool with GEM (the Atari version of Mac OS or Windows) in C an 68000 Assembler. Trainer builder fpr games as part of the Copy Center Stuttgart Hacker Group. Custom Case made of wood that made it look like a PC tower.

Flying Game scrolling the landscape from right to left and the plane staying in position. Player could make the plane go up or down to the extend that loopings were possible.

Where the screen scrolls up and you move left and right to avoid bumping into items scrolling up from the bottom. The graphics were character based and the scrolling was one line at a time. So you can say it was not "smooth" scrolling. This was in Basic.

A worm moves on the screen. The player can direct him with the cursor keys in any of 4 directions. When he eats the pills on the screen he gets longer and longer. If he gets to long he will struggle not to bite into his own tail or hit the wall. To do this with good enough performance and graphics I learned 6502 assembler.

I can be reached at marcus @ 4xb.de. All content on this site was created by myself - please check with me if you want to use it elsewhere. All links referring to other web sites are simply links and the operators of these websites are responsible for their content.